The legalization of marijuana by the Canadian government opened a new market for stock-enthusiast investors.

It is really a great opportunity for businessmen and investors when the Canadian marijuana stocks came into life. However, this new door also give rise to more debatable questions over the globe. Both the recreational and medicinal cannabis are still bombarding with controversies and contradicting opinions even they are already legalized.

That’s the reason why it is so hard to analyse if investing in cannabis stocks is profitable enough. To be able to make things clear, we will be discussing points whether Canadian cannabis companies are worth investing or not. We will also try to stretch things out about the pros and cons of investing into this hazy and controversial industry.

Generally, the stock market is not really a sure thing. This applies true even with the cannabis stocks. However, as a potential investor, the best move would be studying the highs and lows of the Canadian marijuana industry. Also, it is good to know the tips for beginners in the stock market. 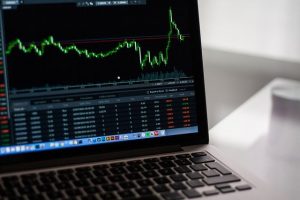 Advantages of Investing in Cannabis Stocks

Basically, the Canadian pot market is a new comer in the industry. Being an adventurous investor that want to take the challenge of being in the middle of ups and downs of the controversial market, cannabis is the best option.

There are still many countries and states that are not yet legalizing the use of recreational marijuana. Yet, the cannabis market of Canada take this as an opportunity to grow exponentially by penetrating the North American and international markets.

In the stocks industry, some investors easily believed in the companies where they invest. If you are this kind of investor who do this intellectually, then the cannabis stocks might be good for you.

Dangers of Investing in Cannabis Stocks

In Canada, most major banks do not follow the foot steps of Bank of Montreal in accepting cannabis as a vehicle of viable investment. Because of this, it would be hard for cannabis companies to fund for capital. With this, there might be a higher chance that big companies within the United States may take the lead position in the international cannabis stocks.

2. There is too much speculation

Compared to the emergence of bitcoin industry where lots of enthusiasms arise, financial pros are dealing with cannabis companies with much caution.

3. Too good to be profitable

Due to its vast growth, numbers of companies are attempting to penetrate the market in order to have profit out of it. When there are too many producers to secure market sharing, prices will be reduced. This will subsequently result to losing profitability and reducing stock values.

You don’t have to be a millionaire or speculator to invest. A healthy interest and a few rules of thumb are enough to get you started. Here are six stock market tips for beginning investors from the experts in the industry.

1. Be patient. You invest in the long term. By that, it means at least ten years and preferably for life. Only then does the ‘miracle of compound interest’ begin to play to your advantage. For example, an average of 7% per year is conceivable. The first year can, therefore, grow to 100 euros to 107 euros. If you again get a 7% return in the second year, that is € 107. With this game of interest on interest, 10,000 euros can grow to 150,000 euros in 40 years.

2. Don’t care about timing. Nobody can predict the best time to get in. Experts try to estimate what a company is worth and compares that value with the company’s stock price. If it is much lower than the estimated value, it buys. That, therefore, has nothing to do with the ‘sentiment’ of the stock market. The best advice is to start investing, but do it in steps. For example, if you want to invest 10,000 euros in shares, then buy 1 package of shares per month for 10 months, each worth around 1,000 euros. This is how you spread the risk.

3. Disable your emotions. The stock market is sometimes called Mister Market because the stock market is your opponent. Mister Market is manic-depressed. Sometimes he is euphoric, sometimes pessimistic. How do you deal with that? By switching off your emotions yourself. Of course, even the most seasoned investor has emotions. But they should not play a role when you invest. The trick is to follow an investment system cold-blooded. That system is simple and will tell you when and how many shares you have to sell.

4. Keep your shares in the pack. How does that investment system work? The rule of thumb is that all your shares have about the same weight in your portfolio. To know what shares to sell and how much of it, you work with bottom limits and top limits. If a share drops a lot – below a certain bottom limit – you have to sell everything. If a share rises a lot – above a certain top limit – you have to sell part of it, but not everything. This way you take a piece of profit, you keep that winning share in your portfolio and you prevent it from taking too large a part of that portfolio. If something happens to it later, the impact would otherwise be too great. Compare it with a cycling platoon. If a rider falls far behind, you take him out of the course. If he drives too far ahead, you whistle it back a bit.

5. Do not buy fast-falling shares. Never catch a falling knife, they say in English. In other words, it is a bad idea to buy a share that is sinking considerably. Otherwise, you can hurt yourself a lot. Do your homework, buy a share and stick to the system.

6. Do not borrow money to invest! This rule should always be the first tip. Even if the thought of taking out bad credit loans without a guarantor is too tempting, it is a bad idea to get out a loan to invest. So invest only with money that you do not need. Borrowing to invest is out of the question.